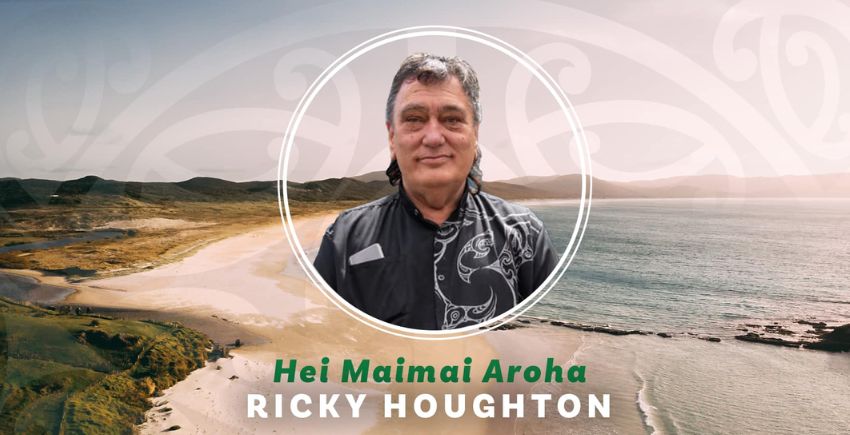 Former Minister Shane Jones said the late Ricky Houghton will be remembered for his positive approach to life and his perseverance.

Former Minister Shane Jones said the late Ricky Houghton will be remembered for his positive approach to life and his perseverance.

Through his He Korowai Trust in Kaitaia, he took on the challenge of meeting the social needs he saw around him, including finding and building homes for whanau who had no prospect of home ownership. by conventional means.

He was a master in the art of weakening bureaucracy, which he demonstrated during a visit to Parliament.

“I set him up in the parliamentary dining room and he sat there pestering bureaucrats or more politicians as he passed, then I called an official and said ‘he’s ready to shovel, come on find him some dough and put him through the application process” – luckily he had applied – and it ended up being the big 1 million and that’s how he was able to cover the infrastructure costs for the expansion of the houses in our whanau there in Kaitaia, so this is proof of his perseverance, his tenacity and how few people would use such an unconventional approach,” says Ms. Jones.

Ricky Houghton is lying at Te Piringatahi O Te Maungarongo Marae in Massey, and he will be taken tomorrow to Te Paatu Marae in Pamapuria.